Behind the Scenes: The Acts of the Apostles

Our production team holds themselves to a high standard of excellence. They work hard to find the best locations, the best teachers, and to film exciting and insightful content for your church and small groups. But every shoot has its own unique challenges and, sometimes, things don’t go exactly to plan.

While filming our upcoming series The Acts of the Apostles, our team and pastor Louie Giglio had to deal with unexpected weather changes and rogue tow trucks during a marathon two days of shooting. We caught up with Louie Giglio to learn about his experience filming this study, what God taught him while preparing his teaching, and his prayer for everyone who goes through this study of Acts.

RightNow Media: What was it like filming this series with our team?

Louie: It was your typical “I am doing something that is going to make a difference in the kingdom” experience. We recorded in an old factory in Atlanta—metal roof, open spaces, and open-air in many ways. The temperature inside was the same as the temperature outside and the beautiful weather we had the week before had turned into forty-nine degrees and pouring down rain. So, for two days, the amazing RightNow Media team shot this thing under not-the-best conditions.

We got one shot going, it was happening, we were rolling, and a guy comes driving up through the shot! His headlights were shining behind me right into the camera. A tow truck—because some people who had been at the building a few days before left a rental car there—came driving through the shot. I was talking about how the gospel is going to go to the ends of the world and he stops in the shot and starts to back up! BEEP BEEP BEEP. It was like, “Cut. Let’s start over. Hey, can you get your car and go, please?”

But that’s what it’s like when you are shooting one of these Bible studies. When you’re watching it, it’s so put together; the team does an amazing job! But it is a hustle to shoot because the enemy doesn’t want this message to get out. And we’re shooting this in the wild, so you never know what the next distraction will be.

It was like that for two straight days, but props to the RightNow Media team! They’re the best, they did a fantastic job. We had a bond like a family after going through a book like Acts. It was a family event. God was in it. I felt like I had run a marathon after the second day, but it was worth it!

RightNow Media: What is one thing you learned when preparing for this series?

Louie: I love the story of Acts because it’s our story. We are still living in the story of Acts. One of the things that really stuck out to me was as Paul was on his way to Rome—there was a shipwreck, a storm, they were wrecked on the island of Malta—the Bible says everyone was accounted for. Luke, who was writing this, says there were 276 people and they were all accounted for. God is writing a big global story, but he also knows every single one of us. We are all accounted for, and we all have a role in taking the name of Jesus to the ends of the earth.

RightNow Media: What is one thing you want viewers to walk away with after watching this series?

Louie: You know, the place where we filmed this series was a working factory about a hundred years ago. On either side of the factory was a huge building with multiple train tracks going into it. Then there was another huge building on another side with lots of tracks leading into it. A small channel with a single set of tracks connected all the buildings. I don’t know what they made at this factory, but a train came into one building, a cart took something from that train across to the factory. Then, whatever they made, was taken from the factory to a departing train and sent away. Everything was connected.

As we shot, I thought, “That’s Acts. We are standing in Acts!” God brings the gospel to us in multiple tracks and stories, the gospel changes us, then he takes us somewhere else in the world to people who need to hear that story.

The takeaway from that story is that you are in Acts. It is not just about Peter, Stephen, Paul, Lydia, or all the churches that were planted. The Acts of the Apostles are still in motion taking the story of Jesus to all people. The gospel spread from Jerusalem to Judea, Samaria, and now to the ends of the earth. We are in Acts. 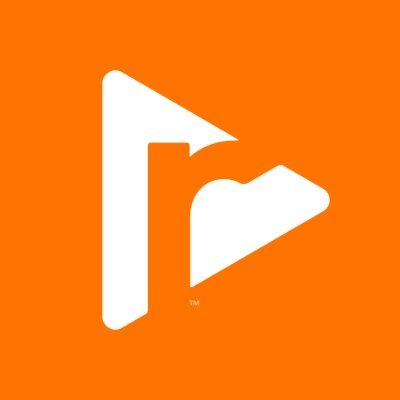 RightNow Media Around the World: Spotlight on India