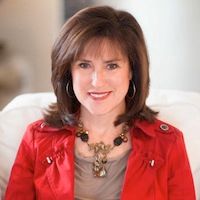 Sharon Jaynes has been encouraging and equipping women through ministry for over twenty-five years. Through the years, she has taught various Bible Studies, served as a counselor at Charlotte Pregnancy Care, and mentored women from all walks of life. Her mission is to encourage, equip and empower women to walk in courage and confidence as they grasp their true identity as a child of God and a co-heir with Christ.

For ten years Sharon served as Vice President of Proverbs 31 Ministries and co-host for their daily radio feature. She is the author of 16 books including The Power of a Woman's Words, Becoming the Woman of His Dreams, I'm Not Good Enough and Other Lies Women Tell Themselves, and 5 Dreams of Every Woman. She has also written numerous magazine articles and devotions for publications such as Focus on the Family, Extraordinary Women, Decision, Crosswalk.com and In Touch.

Sharon is a frequent guest on radio and television programs such as Revive Our Hearts with Nancy Leigh DeMoss, Focus on the Family, Family Life Today with Dennis Rainey, and Living the Life with Terry Meeuwsen of the 700 Club. Besides her own books, she has also been a contributing author in many books such as Chicken Soup for the Sports Fan's Soul, Stories for the Teens Heart, Stories for the Man's Heart, and the Women's Devotional Bible. Sharon makes her home in North Carolina with her husband, Steve. They have one grown son.
See All >
Bible Studies 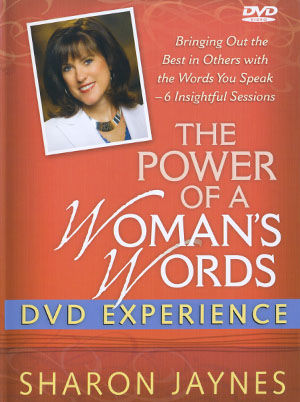 The Power of a Woman's Words
Sharon Jaynes