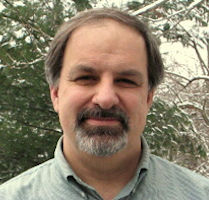 Mark Galli is the senior managing editor of Christianity Today in Carol Stream, Illinois. He received his B.A. in History from the University of Southern California at Santa Cruz, his M. Div. from Fuller Theological Seminary, and did doctoral work at U.C. Davis. He served as a Presbyterian pastor for ten years (four in Mexico City, six in Sacramento), before becoming a journalist.

Mark has spent over 25 years as an editor with the following magazines: Leadership; Computing Today; Christian History; and currently Christianity Today. He has written or co-written nine books, and has led workshops on both writing and editing. Mark and his wife, Barbara, live in Glen Ellyn, IL and have three grown children.