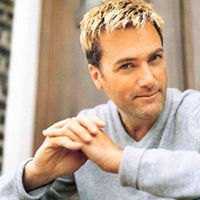 Michael W. Smith is a Grammy Award-winning American singer-songwriter, musician, recording artist, composer, and actor. He is one of the best-selling and most influential artists in Contemporary Christian Music, and he has achieved considerable success in the mainstream music industry as well. Smith is a three-time Grammy Award winner, an American Music Award recipient, and has earned over 40 Dove Awards. Over the course of his career, he has sold more than 13 million albums and recorded 29 number-one hit songs, fourteen gold albums, and five platinum albums. He has also starred in two movies and published 13 books including This is Your Time, which he worked with Christian author Gary Thomas to write. Michael and his wife, Deborah, have five children.
http://michaelwsmith.com