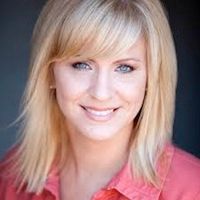 Dannah Gresh is an author, speaker and the founder of Pure Freedom. She is a key figure in the promotion of faith-based abstinence programs around the world. She is best known for her books, And the Bride Wore White and the Secret Keeper series. In total, she has sold nearly half a million books, leader guides, and curriculum.

Dannah has impacted nations all around the world with her message on sexual purity. She has presented her biblically-based curriculum to more than 100,000 Zambian children (most of whom have witnessed multiple deaths at the hand of AIDS. Here in the United States, at least 10,000 teenagers have experienced one of her fifteen-hour Pure Freedom weekend retreats. And over 40,000 mothers and daughters have benefited from Gresh's eight-week Bible study, entitled the Secret Keeper Girl.

Dannah frequently appears on the radio and television on shows and programs such as Focus on the Family, The 700 Club, Huntley Street. She has also written for magazines such as Today's Christian Woman, Brio, New Man, and Spirit Led Woman. Dannah and her husband, Bob, live in State College, PA with their three children.
http://purefreedom.org/