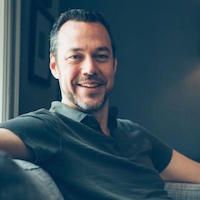 Mark is the Founder, President, and Executive Creative of Steelehouse Productions. Mark is also a well-known author, speaker, comedian, and film writer/director. Mark graduated from Oral Roberts University in 1991 with a degree in Drama, Television, and Film Telecommunications. He then spent the next seven years as a writer and director at Impact Productions. In 1998, Mark launched Steelehouse Productions with his longtime friend and associate, Kevin Anderson.

Mark has written several books incorporating humorous stories from his personal life while weaving in spiritual truths. They include Flashbang, Half-Life/Die Already, and Christianish. Mark has also written for Big Idea Entertainment as well as a contributor to Relevant magazine and Collide magazine. Mark and his wife, Kaysie, have three children.
http://steelehouse.com