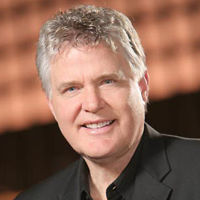 His co-authored book Cracking Da Vinci's Code became No.17 on the New York Times Bestsellers List. A related book, The Da Vinci CodeBreaker, a dictionary with over 500 key Da Vinci Code related terms, went on to become a bestseller. The Secret Revealed, an exposé on the New Age The Secret, was released in July 2007. He co-authored Heaven and the Afterlife in 2009, which was followed by the 2010 release of Encountering Heaven and the Afterlife and in 2011, the release of Miracles Are For Real. Other books include God And His People, A Christian's Response to Islam, The Covenant, Partners in Ministry, The 21 Irrefutable Laws of Leadership Tested by Time and God Still Heals. Jim was married to his late wife Carol Garlow for 42 years prior to her passing. In 2014, he married Rosemary Schindler. They have eight children and nine grandchildren.
http://www.jimgarlow.com/