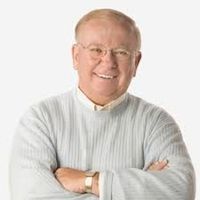 Dr. Kevin Leman is a psychologist and New York Times Bestselling Author of more than 52 books. He is dealing with topics that range from raising children and birth order to business and marriage. Kevin received his bachelor's degree in psychology from the University of Kentucky, where he later earned his master's and doctorate degrees.

He has appeared on many radio and television programs, including The View with Barbara Walters, Today, Oprah, CBS's The Early Show, Live with Regis Philbin, 100 Huntley Street, CNN's American Morning, and Life Today with James Robison. Dr. Leman has served as a contributing family psychologist to Good Morning America.

He is the Founder and President of Couples of Promise, an organization designed and committed to helping couples remain happily married. He is a founding faculty member of iQuestions.com. Kevin and his wife, Sande, live in Tucson, Arizona. They have 5 grown children.
http://www.drleman.com
See All >
Bible Studies 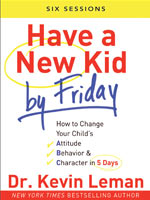 Have a New Kid by Friday
Kevin Leman