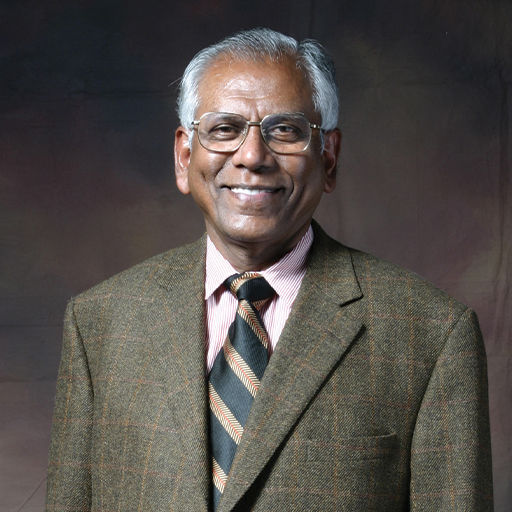 L.T. Jeyachandran hails from Tamil Nadu in South India. He graduated from PSG College of Technology, affiliated to the University of Madras (Chennai). Later, he received a Master of Technology degree in Structural Engineering from the prestigious Indian Institute of Technology (IIT), Chennai.
Over the course of 28 years, L.T. worked in several parts of India as a Senior Civil Engineer with the Central (Federal) Government. The last position he held was that of the Chief Engineer, Eastern Zone, a position in which he oversaw 13 states of India in the Eastern Zone, based out of Kolkata.
L.T. discovered the meaning of new life in Christ Jesus during his days as an undergraduate student. He has been involved in preaching the Gospel at conferences and is well known as a Bible expositor. A keen student of theology and comparative religions, he is also interested in the study of Indian and foreign languages. He is knowledgeable in both Hebrew and Greek and is thus able to bring a depth of contextual references to his expositions.
L.T. took an early retirement from the Government of India in November 1993 to join the Ravi Zacharias International Ministries, India. He worked as the Director of Ministries until December 2000, training leaders in seminars for Christians, conducting open forums for people from other faiths, and serving as a Bible teacher for RZIM as well as other conferences.
Since January 2001, L.T. has been working as the Executive Director of the newly incorporated Ravi Zacharias International Ministries (Asia-Pacific) Ltd. He is based in Singapore with his wife, Esther. Their daughter, Preeti, lives in Dhaka, Bangladesh with her husband David and children, Alisha and Ashray. Both Preeti and David work for a Christian non-governmental organisation, Oasis. L.T. and Esther’s son, Pranay and his wife Vani live in London, England, where Pranay works as a market research executive. They have two daughters —Manarah and Ameiyah.
See All >
Bible Studies 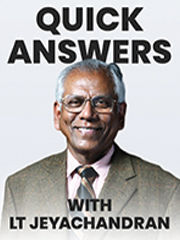