Robert Irving III is a famed pianist, composer, and music educator known for playing with the Miles Davis band in the 1980’s. He is the founder of Chicago’s African Arts Ensemble, an 18-piece pan-African jazz group. Robert has produced numerous recordings and received “critic’s choice” by Billboard Magazine for his album New Momentum. His daughter, Sharon Irving, is a poet, songwriter, and worship artist at Willow Creek Church in South Barrington, Illinois. She was featured on season ten of America’s Got Talent, and released her debut album Bennet Ave. in 2016.
See All >
Bible Studies 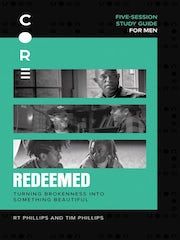