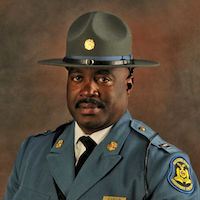 Captain Ronald Johnson of the Missouri State Highway Patrol was selected by Missouri governor Jay Nixon to coordinate law enforcement agencies amid the uproar over the Ferguson police response to protests in the days following Michael Brown's death.

A lifelong resident of the St. Louis area, Ronald is a 27-year veteran of the Highway Patrol and oversees Troop C, which serves 11 counties around St. Louis. Troop C includes 147 uniformed officers and 157 civilian employees.

Ronald was appointed to the Peace Officer Standards and Training Commission by Missouri governor Matt Blunt in 2007. Ronald lives in Florissant, Missouri, near Ferguson, with his wife and two children.
See All >
Bible Studies 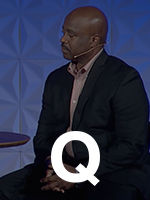 How Should We Respond to Violence in Racial Divides?
Ronald Johnson