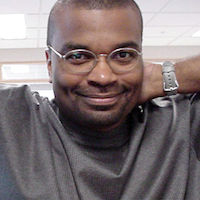 Wilson W. Smith III is a Design Director at Nike, Inc. He is a graduate from the University of Oregon, School of Architecture. He began at Nike designing showrooms, stores and offices, as well as various graphic publications. He ended up in Product Design as Senior Designer, then Design Director.

Wilson was involved primarily with the concepts of Nike's Cross Training and Basketball products. He created many athlete-endorsed products including Andre Agassi's signature line, and collaborated with Michael Jordan on the Air Jordan brand. Wilson also led concepts for Nike endorsees Serena Williams and Roger Federer.

Along with footwear innovation, he is involved in Nike Better World projects, which includes aiding recovery efforts in Haiti. He is the Design Director for N7, which brings sport and all of its benefits to Native American and Aboriginal communities in the USA and Canada. In addition, Wilson is an Adjunct Professor in Product Design at University of Oregon and has served as a worship leader at SouthLake Church, Lake Oswego, Oregon.
See All >
Conference Sessions 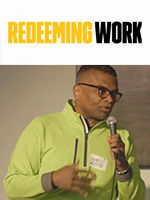