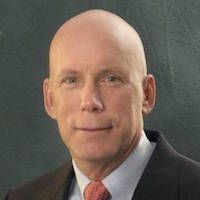 J. Frank Harrison, III is the Chairman and CEO of the Coca-Cola Bottling Company, the nation's largest independent Coca-Cola bottler. His great-grandfather, J.B. Harrison, founded the company in 1902. Frank began his career there in 1977, serving in a variety of operational and leadership roles before becoming CEO in 1996.

Frank is focused on creating a culture of servant leaders whose values and actions honor God. Even though Coca-Cola Bottling is a public company, Frank believes God owns the business and considers himself a steward. He has a Bachelor of Science in Business Administration from the University of North Carolina and an MBA from Duke University.

In 2008, Frank and his late son co-founded With Open Eyes, a non-profit ministry dedicated to teaching, equipping, and sending indigenous pastors to spread the gospel in Sudan and other war-torn countries. Frank and his wife, Jan, live on a farm outside Charlotte, North Carolina.