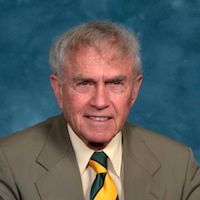 Dr. Paul L. Maier is a historian and much-published author of both scholarly and popular works. His novels include two historical documentaries: Pontius Pilate and The Flames of Rome and A Skeleton in God's Closet. Sequels, More than a Skeleton and The Constantine Codex, followed in 2003 and 2011. His nonfiction works include In the Fullness of Time, Josephus: The Essential Works, and Eusebius: The Church History. More than five million of Maier's books are now in print in twenty languages, as well as over 250 scholarly articles and reviews in professional journals. Paul lectures widely, appears frequently on national radio, television, and newspaper interviews, and has received numerous awards. He has also penned seven children's books and hosted six video seminars dealing with Jesus, St. Paul, the early church, and current Christianity.
http://www.paulmaier.com