Keywords:
animals, apologetics, creation, nature, reptiles, science
Join Dr. Jobe Martin and Dan "The Animal Man" on a wild animal adventure. You'll come face-to-face with some of the world's most fascinating creatures--they are ferocious, mysterious, and at times hilarious. In Silent Hunters, you'll discover how Creation Proclaims the character, majesty, power, and glory of our Creator God.

In each creature feature, you'll learn how God is reaching out to mankind by making Himself known in unmistakable ways through: Alligators, Archerfish, Boa Contrictors & Pythons, Mountain Lions and Rattlesnakes

So, grab your camera, pull on your hat and boots, and get ready to encounter God through the wild wonders of His creation. You'll be inspired by the Biblical Insights and invigorated by the adventure!

OTHER SERIES IN Creation Proclaims 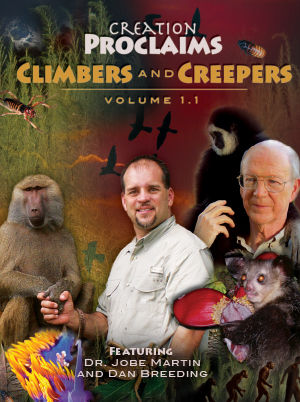 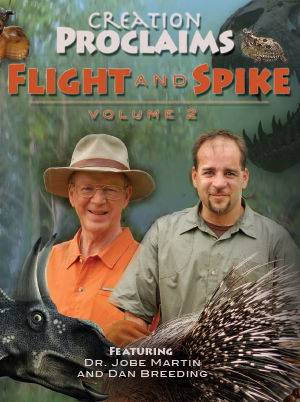 Join Dr. Jobe Martin and Dan “The Animal Man” on a spectacular journey from deep inside the earth… to jungles and deserts… and to the farthest reaches of space.

In Creation Proclaims: Flight and Spike you'll discover how creation is proclaiming the character, majesty, power, and glory of our Creator-God, the Lord Jesus Christ. In each feature, you'll learn how God is reaching out to mankind in unmistakable ways by making Himself known through:

So grab your night vision goggles and telescope, and get ready to encounter God through the wild wonders of His creation. You'll be inspired through Biblical insights and invigorated by the adventure!
Read more.
CREATION PROCLAIMS - THE AMAZON AND BEYOND
Jobe Martin 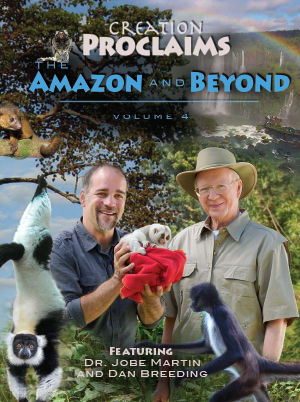 Join Dr. Jobe Martin and Dan “The Animal Man” on an adventure deep inside the Amazon rainforest and beyond. It is here that God reveals Himself maybe more than anywhere else on Earth because of the enormous diversity of plants and wildlife. In The Amazon and Beyond (Volume 4), you'll discover how creation proclaims the character, majesty, power and glory of our Creator God. In each featured creature, you'll learn how God is reaching out to mankind in unmistakable ways by making Himself known through: