The Missions Dilemma is a 7-session series that examines the current model of North American missions and compares it to the Biblical approach that Christ modeled for us. Our goal in this series is to provide anyone interested in missions with the opportunity to understand what our role in the Great Commission is, and how that role fits in to the larger, global community of believers. Missionsdilemma.com 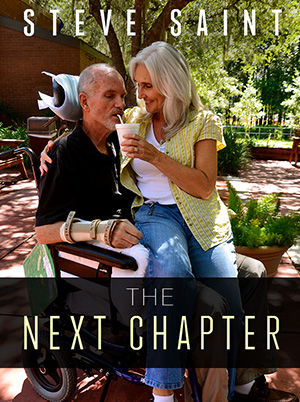 After losing his father to the spears of the Waodani Tribe in Ecuador (a story told in "End of the Spear") saying goodbye early to his young daughter, and beginning an organization that teaches and trains indigenous Christ-followers. Steve Saint suffered a paralyzing injury. This inspirational web-series chronicles his journey over the last two years as he continues to recover from the event that nearly cost him his life.