OTHER SERIES IN Moody Science Classics 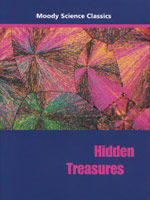 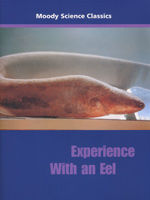 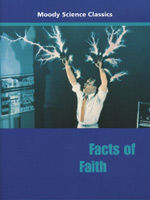 Would you believe that heat isn't hot? Steel can float in mid-air? And even the most solid substances aren't really solid at all? 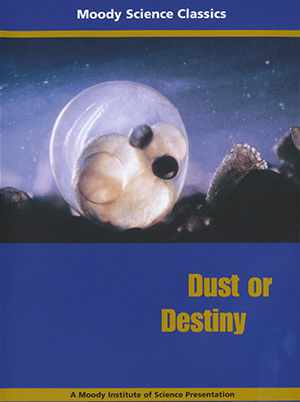 Fish that lay eggs on dry land. Birds that navigate for thousands of miles without a compass. Bats that swoop through total darkness without the slightest bump in the night.

In Dust or Destiny, you'll marvel at the some of the world's most astonishing natural wonders and learn how each of them gives fervent testimony to the fact that this planet was not formed from ordinary dust, but by the hands of a living God. 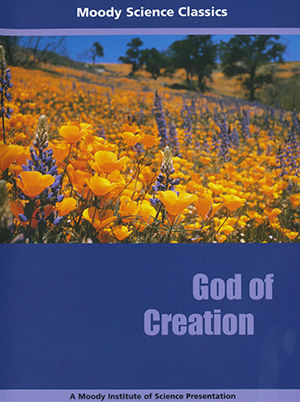 A creeping caterpillar takes wing as a graceful butterfly. Flowers open their blooms before your eyes. A twinkling point of light reveals a solar system millions of light-years away. It's all the work of the God of Creation.

This all-time Moody favorite explores the power and beauty of the universe we live in. You'll see the food factories that plants use. And you'll peer through a telescope into the vast reaches of space, while you ponder the god who put the galaxies in place. The same God who gave His life for us on the cross. 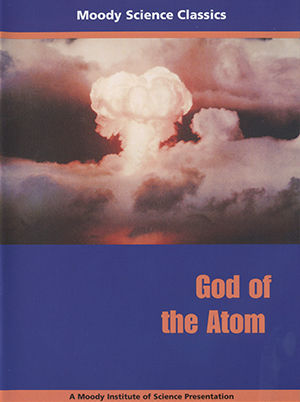 Energy the equivalent of mass. It's a radical conception, but key to the atomic age. The idea expressed in E=MC2 is actually quite simple, but it has caused a great revolution in scientific thinking.

It means any object—a desk, a pencil, a piece of paper, just any bit of matter—represents an unbelievable amount of energy. God of the Atom addresses man’s spiritual bankruptcy and his need for regeneration. 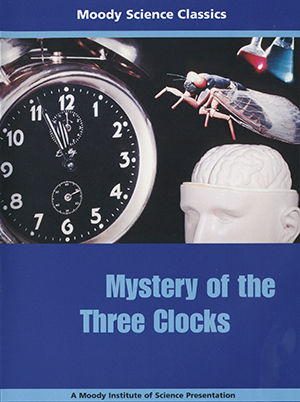 The Human Brain. The cicada or “seventeen year locust.” Chemicals reacting to one another. These three very different things have built-in “alarm clocks.” Mystery of the Three Clocks presents a set of laboratory experiments based upon the mystery of these three “clocks,” introduces the “will of man” and concludes that although man can make his own choice, he cannot control the result of that choice. 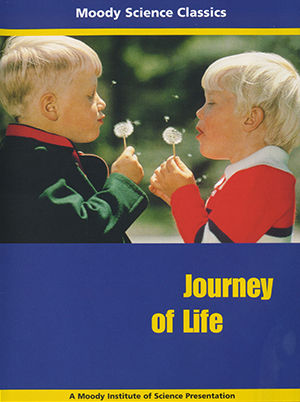 Witness a fantastic voyage though floods, fire, and storms in a valiant struggle for survival against impossible odds. All performed by a perfectly ordinary, yet truly remarkable creation: the simple seed.

But Journey of Life is more than a fascinating look at God’s design for growing plants. It’s also a wonderful picture of the most important voyage of all, the journey of the living seed of God’s Word, taking root in human hearts. This highly acclaimed video urges us to examine God’s plan for our lives and to look beyond present struggles to the promise of eternal life. 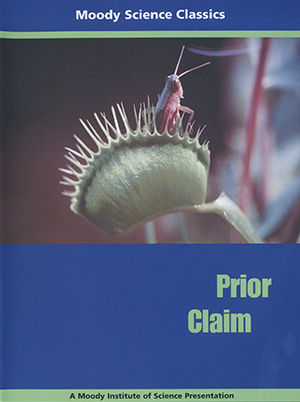 An unsuspecting insect is lured by a sweet scent. Suddenly the jaws of a carnivorous plant clamp shut. It's dinnertime for the Venus Fly Trap. Long before man invented traps to capture his food, these carnivorous plants were putting them to work. In fact, many of man's most ingenious inventions have been borrowed from God's original designs in nature.

In Prior Claim, you'll explore the world of the trap-door spider, the archer fish, the rattlesnake, and many other fascinating animals that reflect the inventive genius of God. You'll also see how the Creator has prior claim, not only on ideas and inventions, but also on human lives. 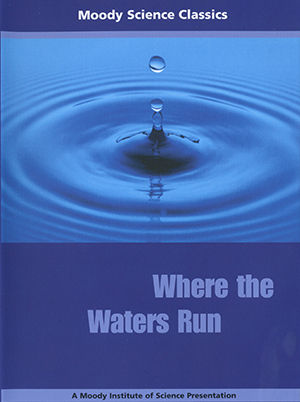 As a roaring river, it rushes over rapids and falls. It drops from the sky in delicate snowflakes, and pounds the ground in hailstorms. It fills our ice trays and provides power for electricity.

Water, or H20, is the vital compound we need for life. Where the Waters Run takes a fresh look at this unique natural resource. You'll find out why ice floats when most frozen substances sink and how water rises in the trunks of trees, working hard against the pull of gravity. 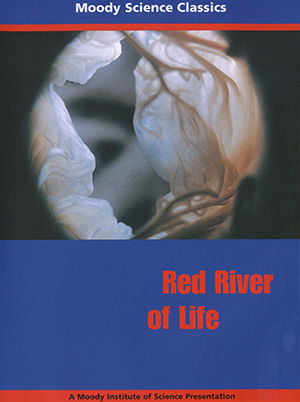 Step inside the most complex factory ever designed. With thirty trillion cylinders. Powered by a pump that's far superior to the finest steel.

In Red River of LIfe, you'll see what makes your blood—your lifeline—carry its precious cargo of oxygen to every corner of your body. More importantly, you'll learn how the shed blood of Jesus Christ is the source of life in the Spirit. 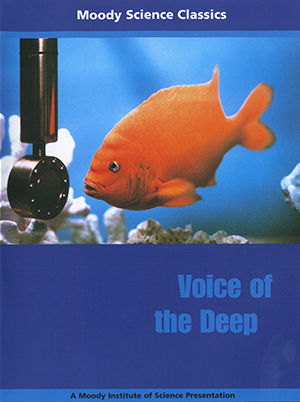 Have you ever heard a fish that croaks? How about porpoise that moos? The silent deep is not so silent after all. Take a trip beneath the sea to discover many strange facts about a little-known world.

In Voice of the Deep, we see that a person needs not only new ears, but also a new life to fathom the mysteries of the spiritual realm. 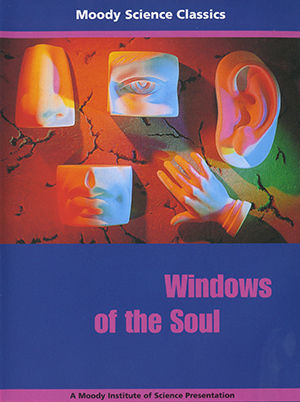 Can you always trust your five senses to tell the truth? Have you ever "seen" the odor of an onion or known why dogs come running to a "soundless" whistle? Windows of the Soul answers these questions and many more through unusual and entertaining experiments. 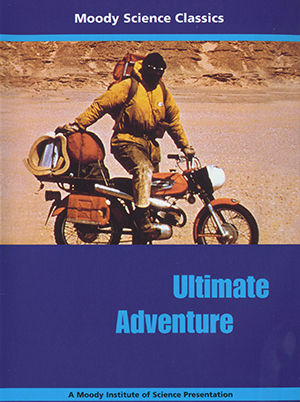 Scorching sun, danger, and injury. Dick Ewing faced all this and more when he became one of the first men to cross the vast expanse of the Sahara on a motorcycle and survive.

In Ultimate Adventure, Dick confronts a life-and-death struggle and a dramatic “encounter” with God. 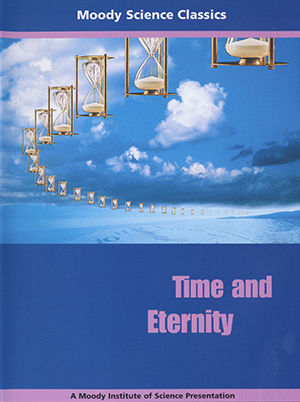 Say, do you like mystery stories? The mystery is time. The haunted house is space. In this true story, the ghosts travel at the speed of light- and they come straight out of the past—your past.

In Time and Eternity, you're going to explore the mystery of time in the laboratory. Using a super high-speed camera nicknamed a "time microscope" and a time-lapse camera, Dr. Irwin Moon teaches about time. 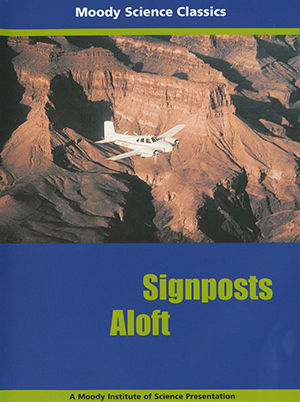 A tiny plane is lost in the clouds. The struggling pilot banks a turn to escape the dense cloud cover. His senses deceive him, telling him the plane has stopped turning. So he turns harder. But the nose drops. Speed picks up. And suddenly he's caught in a downward spiral, a graveyard spin.

In Signposts Aloft, you'll find out how man's senses can be fooled in flight. You'll see experiments that dramatically illustrate the problems pilots and astronauts face. And you'll learn why man needs outside guidance from God, just as pilots need to place their faith in their instrument controls. 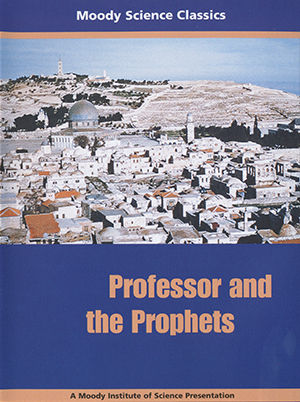 Did the Bible prophets speak by divine authority or from imagination? What chance do human predictions have of coming true and how do fulfilled Bible prophecies compare?

In Professor and the Prophets, Professor Peter W. Stoner applies the principles of mathematical probability to prophecies concerning Babylon, Jerusalem, Tyre, and Petra and uncovers some amazing facts concerning the authorship of the Bible. 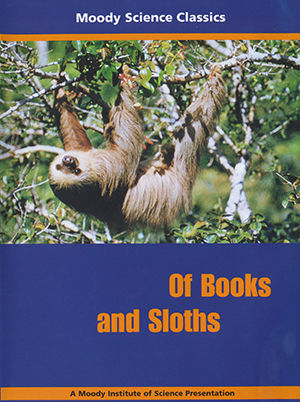 The sloth. Nature’s champion sluggard. One of the most misunderstood animals in the world. As recent as a century ago the sloth was regarded as a “blunder of nature.” To capture this story, the Moody Institute of Science did research in the laboratory and in the jungles of Panama.

Of Books and Sloths points out the dependability and the accuracy of the Scriptures as compared with man’s writings, which must be constantly revised to correct inaccuracies.