When Sparky and Doug start the show without Randall, they stumble across a scripture that sets Sparky’s imagination on fire. Author, Sally Lloyd-Jones, drops in for tea, but Sparky is convinced she’s an alien from outer space! Fortunately, Father Thomas helps Randall and Sparky make sense of this baffling bible verse.

It's a camp-in campout at the Workshop!. Randall’s friend Andrew Peterson pitches in on the fun, but after hearing some surprising sounds, Andrew reveals his biggest fear: bears. Maggie boasts that she isn’t afraid of anything, but what will happen when she encounters more mysterious growls?

What do you do when you’re worried? Maggie and Morty are confronted with this question when they’re interrupted in the midst of making a model. Pastor Glenda Sutton arrives and encourages everyone with the truth that they are never alone. But where has Doug been all this time?

A Song to Sing

Randall’s friends are putting on a surprise concert! When the performance goes off the rails, Maggie is mortified. Musician Andrew Osenga lifts her spirits with the story, setting the stage for a fun, friend-filled finale.

OTHER SERIES IN The Slugs & Bugs Show 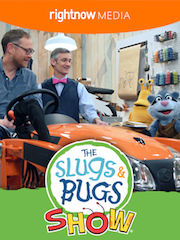 Maggie and Morty are gearing up for the Wilderness Olympics, but frustration sets in when Morty turns their serious training into silly games. Andrew Peterson rolls in to show off his new tractor and spin a new song into something silly, sending Maggie into a serious spiral. Will she learn to embrace her imagination?

Randall’s friend sends a mysterious crate to the workshop, but it’s sealed up and will only open when the gang guesses what’s inside. To unravel the clues and reveal the secret, they’ll have to think outside the box. Fortunately, musician Buddy Greene stops by with a box of his own: a case full of harmonicas. Can everyone put their minds together and unpack this mystery?

Maggie offers to contribute her pictures to a story Doug is writing, but he prefers to work alone. Everything goes topsy-turvy, however, when Sparky and Morty accidentally mix all the pictures and pages together. When Randall’s friends, Ben Shive and Nickie Conley, arrive to collaborate on a song, the gang considers cooperating. 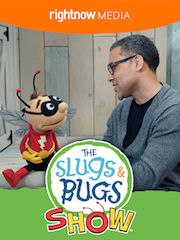 The Workshop is buzzing with activity as the gang plans a surprise party for Maggie and Morty. Musician, Jeff Taylor, and adoption advocate, JT Olson, stop by and join the fun. But when the surprise is sprung, Maggie is nowhere to be found. Why did she disappear?

It’s a culture clash as Doug sings a song about food that inspires an international-themed tasting party in the Workshop. Randall invites plenty of friends, including pastor and author, Curtis Zachary, who shares a favorite dish. But Sparky isn’t sure about all these strange flavors and decides he’d rather be alone. Will he open himself up to new experiences? 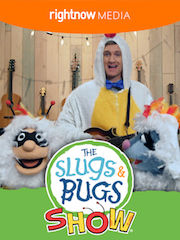 Originality is in the air as Morty prepares for an art competition. Author and Christian leader, Dr. Russell Moore, pays the Workshop a visit for help writing a silly song for his son’s birthday, while Morty wants to plagiarize Maggie’s previous project. Can Morty learn to lean in to his own gifts to create a masterpiece?

The Workshop is in an uproar after Morty swipes a sweet treat left over from Amy’s cupcake club. When U.S. Federal Judge Rebecca Ebinger stops by, Maggie moves to take Morty to court. Who gets to decide what’s fair, and will Maggie get justice… or just icing?

It’s the day of the show, y’all! The Workshop is hosting a big Talent Show Extravaganza, but Doug and Maggie aren’t feeling well. Sparky and Morty push for the show to go on, while musician, Jason Eskridge, creates a special concoction that always makes him feel better. Can the ill get well or will they have to cancel the performance? 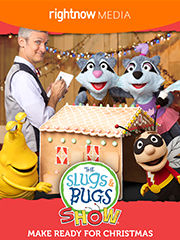 As Randall and friends prepare for Christmas, Maggie decides to expand the annual Sing-Along into a full-blown Christmas Eve pageant spectacular! Randall introduces everyone to the season of Advent, and Doug discovers something mysterious going on when chocolate chips go missing. Neighbor Scott Hamilton announces he's building a huge 12 Days of Christmas display, and Maggie finds herself called on to sacrifice more and more of her pageant dreams to help her friends. With so much activity and a dizzying carousel of friends stopping by, will Christmas end in disappointment or will the Workshop bunch embrace the invitation of the season and experience the true meaning of Christmas? 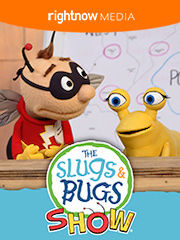 After Sparky is elected as Project Manager of the Wilderness Council, he decides to build a playground. Doug reveals to him that because green slugs have controlled the council for years, the yellow slugs have never had a playground near their homes. Pastor and author Mika Edmondson and Randall are busy getting ready for the International Neck-Wear Convention, but Mika takes some time to offer wisdom and insight into Sparky's dilemma. With the help of his friends, and against the traditional process of the council, Sparky proposes a new and fairer plan for the playgrounds. How will Wilderness Council president Beatrice Green Slug respond to Sparky's proposal? Episode features original songs "Micah 6:8" and "Your Word".

Friends in the Journey

Randall, Doug, and Sparky are invited to perform at the annual Lightning Bug Dance in the sky, but if they're going to give a concert at 5,000 ft., they'll need a hot air balloon and a lot of careful planning! There's not much space in the balloon basket, and Doug and Sparky can't agree on what they should pack. Adventurer and author Kevan Chandler comes to the rescue, challenging them to first consider the needs of the community they are serving. The crew discovers that every person has a unique role to play in a venture like this. Episode features original song "Two are Better". 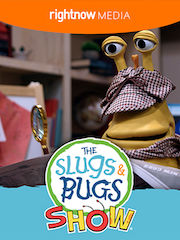 Everyone is being creative and busy, but the workshop is an absolute mess, and Doug has lost his favorite stuffed bunny! Author and musician Andrew Peterson stops by and offers to help out. Randall puts all projects on hold until they can get things cleaned up. To make things even worse, the dryer breaks down, so laundry lines have to be strung everywhere. Maggie tries to get out of doing chores, as she believes her time would be better spent training for her upcoming game. Will Maggie learn the value of pitching in and helping?

When Doug is gifted a new internet tablet, he becomes so distracted from daily life that the others decide he needs an intervention! But when Sparky and Morty borrow the tablet and become engrossed in an Electric Elf game, they quickly discover how susceptible they are to the same allure. Randall calls in childhood development expert and author Sissy Goff to help everyone find a better balance between being creators and consumers.

Randall helps Maggie and Morty Raccoon practice for the upcoming “Definition Bee.” When Randall’s friend, musician and author Propaganda visits and shares an inspiring, original piece, Doug and Sparky are motivated to try writing some of their own rhymes. Meanwhile, competitive tension turns into hurtful words between the raccoons. Can they also learn the power of words to heal? 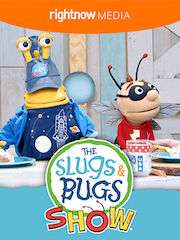 Doug the Slug’s mom Trudy just returned from a trip to space and stops by the workshop for a visit. Meanwhile, Trudy introduces the crew to NASA astronaut Patrick Forrester. Sparky and Maggie are thrilled to get pointers on training for space travel from a real astronaut! When he puts them through some training drills, will they learn what it means to trust their mentor and pursue a goal with the tenacity they need to succeed?

Maggie Raccoon wins a visit from one of her heroes, sports-movie star Sam Superstar! But when Sam arrives, he’s a little too impressed with himself to be very good company. Morty and Sparky are more interested in the shaved ice machine they’re busy building, and also in the stories told by Sam Superstar’s friendly security officer, Sgt. Bonita Blue. Even Maggie’s excitement over meeting Sam soon fades, as she begins to realize that there are two kinds of cool, and one kind isn’t that much fun to be around. Is there hope for Sam to learn what it means, not just to have fans and followers, but to actually have friends?

Maggie is excitedly working on the costume she’ll wear to Inkli-Con (a convention for C.S. Lewis and J.R.R. Tolkien fans). Meanwhile, Sparky learns the science behind how his tail lights up, and immediately becomes disenchanted with everything in life he previously thought of as magical and wonderful. When illusionist Bryan Drake drops by for a visit, he re-inspires the crew’s curiosity and sense of wonder, and helps Sparky realize that there are many marvelous mysteries and true wonders in the universe God made.